In the 80’s National Progressive Primary Health Care (NPPHCN) had offices in all regions of the then South Africa which was later demarcated into Nine (9) Provinces as we know them in our democracy today. PPHC is the child of National Progressive Primary Health Care (NPPHCN), whose focus was Advocacy & Lobbying for the struggle of Health Care which was responding to the needs of disenfranchised majority in the 80’s in apartheid South Africa. Its ethos remains with advocacy for training in the health arena for the disadvantaged. With the advent of Democracy in the 90s, the funding was redirected to Government Projects.

Organisations like NPPHCN were affected negatively by this and as a result, most NPPHCN Regional offices had to shut down. The KwaZulu Natal office remained intact and was reconfigured into a Provincial organisation (KZNPPHC) . It got involved in pioneering Community Health Care-Based programmes in the province, including Community Health Workers (oNompilo) 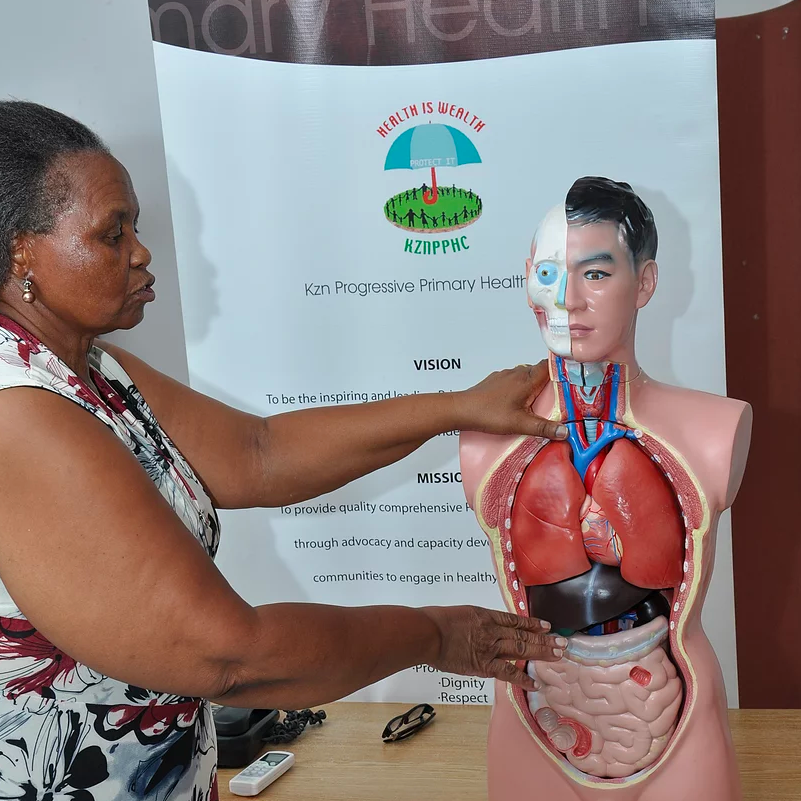 To be the inspiring and leading Primary Health Care service and training provider in South Africa. NPPHCN was a national network which drew membership from across all health and allied professional and civil fronts. Membership came from professional bodies/Associations, the general community, students and civil structures.

At the heart of the Advocacy and Lobby Agenda for NPPHCN was the struggle for health care which responded to the needs of the majority.

In its advocacy and lobbying, NPPHCN was involved in the development of the District Health System (DHS), where health care was decentralised to all Regions (at the time), and later to Provinces. It is this system which saw the establishment of the National Health Policy and Primary Health Care System (PHC), in which health care was made accessible to all through stationary and mobile clinics and the creation of Home and Community-Based Care.

NPPHCN was instrumental is ensuring that the pillars of Primary Health Care (PHC) which are accessibility, affordability and participation (community involvement), are firmly positioned in the health care system evident today. Unlike centralised health care, Primary Health Care is a progressive and comprehensive system which approaches health care by prevention of disease, promotion and maintenance of health, rehabilitation and palliative care to minimise disability due to disease.

The District Health System, with its focus on Primary Health Care, is the basis for the current Health Care System in the country.